My name is Jefferson, and I served as a missionary in the Amazon for one year. Sometimes I asked myself what I was doing there, whether I was making any difference in the lives of the people. Life is lonely at times living in such isolated places, without a telephone and other items that I was used to. It was during one of those moments of doubt, while visiting a community called Santo Antônio, that I met Regine. I gave her a book, we talked a little and she asked me if I was a Christian. I said yes, and then she told me she had a son who was studying the Bible and found a text saying that people should keep the Sabbath. When he asked her about it she could not explain it to him. Then she asked me if I could explain it. So I offered them a Bible study and they accepted.

Regine told me that her son had been shot while he was out on the street one night with his friends. Sixteen-year-old Francisco had almost died. But Regine surrendered his life over to God and promised that if He saved her son she would follow Him the way He wanted her to, even if that meant giving up being a Catholic (she was very devout). The boy miraculously recovered. The doctors had already given the boy no hope of survival, so they admitted his recovery had to have been a result of God’s intervention.

Regine told me that it was God who had sent me there because she needed to fulfill the promise she had made to Him. She also had asked God for help to explain the Bible to her son. He had heard her prayer sending me to help.

When we began to study I was very impressed because even though Francisco had part of his brain damaged (due to the bullet) which made him forget some things, often when I was studying the Bible he could remember everything. Almost every word I spoke he could understand. When I left the area, he continued studying with the couple that took my place in this community. He also told me that one day he wants to be a missionary like me.

Stories like this one motivate me every day to continue as a missionary until Jesus returns. When I lived in these communities I received so much love from people. They welcomed us with open arms. They really wanted our presence there. I made many friends that I will keep in my heart wherever I go. I feel that my life is paying off and I like to know I’m doing the will of God. It makes me very happy. I would not believe if someone had told me I could be so happy living like this, but I really am very happy for everything I have experienced as a missionary in the Amazon.

Sometimes I had to face storms on the Negro River. Once I almost shipwrecked! I wondered if it was worth taking all those risks. Then God told me that if I decided not to work there, possibly many people would never know about the plan of salvation. Then I saw that my life was not more important than the lives of those people who are at risk of losing salvation. It’s great to bring the hope of salvation to people who are in need and in hard-to-reach areas such as the Amazon river dwellers. 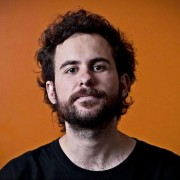